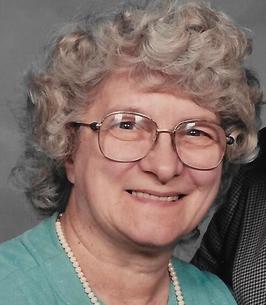 Pauline R. Sampson of Rushford, NY passed away on Wednesday, March 23, 2022 at the Charlotte House in North Java at the age of 95.

She was born July 19, 1926 in Buffalo, NY a daughter of the late Luther and Dorothy (Moses) Hartwell. She was a member of the Bliss American Legion Auxiliary and the Pioneer Senior Citizens in Delevan. She also worshiped at the Calvary Alliance Church in Arcade and the Rushford Baptist Church.

In addition to her parents and her husband, she is preceded in death by her children: Lowell and Nathan Robert Sampson; her sister, Melanie Gasper and two grandchildren.